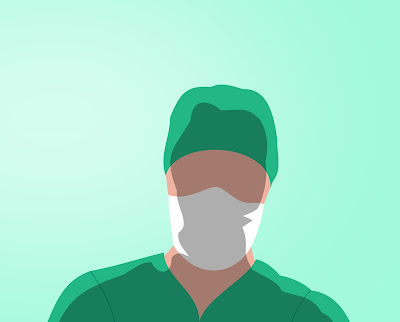 The disturbing case of breast surgeon, Ian Paterson, who mutilated countless patients over a period of several years, was a shocking example of a rogue surgeon. English criminal law plays only a minor role in regulating harmful medical misconduct, traditionally limited to gross negligence manslaughter. The conviction of Ian Paterson, in 2017, however, involved multiple convictions for serious non-fatal offences: unlawful wounding and intentionally causing grievous body harm, for which Paterson is now serving a twenty-year prison sentence. This case raises important questions about the role of the criminal law as a response to harmful and unreasonable/unjustifiable surgery. Paterson’s crimes include carrying out unnecessary, mutilating surgery on people who were falsely led to believe that the surgery was necessary and therapeutic. The prosecution’s case suggested that Paterson’s crimes were motivated by the lucrative financial rewards from his private surgical practice. Reflecting on Paterson’s case invites the question of whether the criminal law should also be concerned with harm caused by other examples of non-therapeutic surgery, particularly when the surgeon appears to have been motivated by greed. For example, if we consider the commercial cosmetic surgery industry, should we question the assumption that harmful cosmetic surgery is necessarily only a matter for the civil (negligence) law rather than also the criminal law?

The non-therapeutic cosmetic surgery industry has flourished within the context of a consumer-driven, highly profitable commercial market. Provided it is carried out by a qualified doctor, commercial cosmetic surgery is lawful simply because it falls under the umbrella of surgery. Any risks and the necessary harm perpetrated (i.e. cutting into the patient) in order to perform the surgery are assumed to be legitimate under the medical/surgical exception to the criminal law. This creates an exception to the usual principle in criminal law; that even consensual bodily injury/wounding is unlawful because it would be detrimental to public policy to allow consensual harm. This exception (articulated in R v Brown [1994] 1 AC 212 HL) also applies to dangerous sports, such as boxing, and reasonable ‘body adornment’, i.e. tattoos and piercings. Without the surgical exception, all surgery would be a criminal act (unlawful wounding), which would clearly be an untenable position. As Danielle Griffiths and I considered in a book chapter in 2016 (https://www.routledge.com/The-Legitimacy-of-Medical-Treatment-What-Role-for-the-Medical-Exception/Fovargue-Mullock/p/book/9781138819634), cosmetic surgeons have been complicit in normalising harmful non-therapeutic surgery. Moreover, when there is no therapeutic justification for seriously harming a patient, we questioned whether it is always appropriate to excuse such harm under the surgical exception. Ian Paterson’s case challenged the assumption that qualified surgeons inflicting non-fatal harm are immune from criminal prosecution. At a forthcoming conference (Law and Society Association 2018) in Toronto, I will discuss whether Paterson’s conviction should encourage the authorities to consider prosecuting rogue cosmetic surgeons who, for financial gain, recklessly mutilate their patients/clients.
Ian Paterson’s conviction appeared to rest on the issue of consent. The jury agreed that the false information that Paterson provided to his victims (that the surgery was necessary and therapeutic), in order to obtain their consent, rendered that consent invalid. Surgery without consent is a civil and criminal wrong. Although consent to cosmetic surgery is a matter of concern – recently addressed by the improved GMC guidelines for doctors offering cosmetic surgery (https://www.gmc-uk.org/guidance/ethical_guidance/28687.asp) – I do not suggest that cosmetic surgeons are deceiving patients in a way that is comparable to Paterson’s case. Rather, it is the risks and harm weighed against the purely cosmetic justification for performing the surgery that is the main issue here.  With cosmetic surgery in the private sector there is usually no therapeutic purpose, unless the patient is seeking cosmetic enhancement as a treatment for psychological illness attributable to a perceived physical flaw. The purpose of the surgery is usually purely cosmetic and the surgeon does not deceive the patient. Thus consent is valid provided it informs the patient in broad terms of the nature and purpose of the surgery.
As criminal lawyers will be aware, however, the medical exception to the criminal law requires the surgery to be both consensual and reasonable. Consent is a necessary but not sufficient element to legitimise the surgery. And so if surgery is deemed to be unreasonable and harmful, it is potentially a criminal matter regardless of whether the patient consented. The criminal law in question, as demonstrated in the Paterson case, is found within the Offences Against the Person Act 1861. For example, section 20 (unlawful wounding) requires the accused to have acted ‘unlawfully and maliciously’. We do not usually think of even the most negligent surgeon as having acted maliciously, but in this context ‘maliciously’ does not mean with evil intent, it simply means that the accused foresaw that ‘some harm’ would be caused. Accordingly, even if it goes well, the surgery itself causes a wound, which mightbe regarded as an unlawful wound in the event it is deemed to have harmed the patient in an unreasonable manner. If the surgery is successful and the patient is satisfied – even if the results are not as good as they hoped – there is no question that the surgery is reasonable and thus lawful. But imagine that a cosmetic surgeon agrees to perform breast augmentation on a woman who has recently suffered from a mental health illness, despite knowing that the patient is psychologically vulnerable. The surgery is then performed negligently, leading to an infection and complications, which impact very negatively on the woman’s mental health and result in physical scarring from the botched operation. The surgeon foresaw that some harm would be done and s/he has, in fact, inflicted considerable harm. Could it be said that the surgery was criminally unreasonable; being harmful, having no therapeutic purpose and because of the failure to consider the vulnerable patient’s best interests?
In Paterson’s case, it took multiple complaints from many victims over several years before the Police and Crown Prosecution Service (CPS) decided it was appropriate to prosecute. But if the Police and CPS had acted sooner in Paterson’s case, his later victims would have been spared the trauma of mutilating surgery. Likewise, using the criminal law to prevent recklessly negligent cosmetic surgeons from continuing to harm patients would be a protective measure. It would also send out a clear deterrent message to unscrupulous cosmetic surgeons about the potentially criminal consequences of harming vulnerable patients. When other methods of ensuring patient/consumer safety are failing within the relaxed regulatory environment in which the industry has been permitted to flourish, the potential for the criminal law to serve a protective and deterrent role is worth  considering.

Alexandra Mullock is a Senior Lecturer in Medical Law at the University of Manchester.  Since completing her PhD at Manchester in 2011, within the AHRC project on the Impact of the Criminal Law on Health Care Practice and Ethics, her research has primarily focused on end-of-life law and ethics and criminal issues in health care law. More recently, Alex (with Danielle Griffiths) has explored the medical exception and cosmetic surgery and she is currently working on the role of the criminal law in regulating medical misconduct

The GMC and Cosmetic Procedures: Slowly Stepping in the Right Direction