Culture and Context: A lifespan perspective on beauty – MagazineNP
Skip to content
ageing beauty ideals and norms
admin
No Comments
FacebookTwitterPinterestLinkedIn
This month’s blog is a provocation. It is an invitation to, perhaps, imagine a different narrative about appearance and beauty…….not one that emphasizes consumerism or declares that everyone is beautiful or that attention to, or a focus on, appearance is trivial and beauty work is oppressive – an aspect of a patriarchal society. Of course, beauty work exists within the norms of a patriarchal society that, along with a consumerist edict, negatively impact notions of appearance and beauty, but that is only a partial telling of the story of human appearance. I am certainly not the first person to put forth this narrative – there are notable exceptions – Ribeiro,Hollows, Brand, Cahill, Craig, Gibson, Peiss. What follows, this blog, is based on research, interviews conducted with a diverse group of women and men from both the UK and the US. Coordinated Management of Meaning or CMM informed the interview process and grounded theory was used to analyse the data. The focus of the interviews was described as facial appearance or age and appearance “from the neck up.”

Faces are historical and cultural documents. How we chose to groom, style, make-up, or the many other ways we present ourselves through our appearance signals to the world who we are and how we would like to be seen. There is the larger context of culture and history. Taking it one step further, these choices are shaped by race, ethnicity, class, taste, and, of course, age, among other influences. Whether it is a bob or a comb-over, “tasteful” make-up application or “natural” bare skin,  gleaming whitened teeth, or a mouth barely visible through a beard, the image in the mirror is how and who we present ourselves to be to the world AND the image we craft for ourselves…… the ‘meness’ in the glass. My research showed a small sub-group {mostly men} who stated they didn’t care about appearance and almost never looked at themselves in a mirror. That, too, is a choice that belies cultural and historical notions about gender or morality or both.

Throughout history, morality, appearance, and the beautiful have been bound together and it most certainly continues today, from feminism to Christianity, with a fusion of notions of the natural as virtuous, along with strong value-laden ideas. Some women and men spoke with me about tasteful cosmetic use as a moral imperative for older women. Straight men casting an eye on other older men passed judgement on their peers who spent, what was perceived as too much concern over their appearance. Gay men discussed gay and straight men who allowed themselves to get “scruffy.” Goodness, virtue, vanity and moral manliness are bound together with these attitudes.
At this juncture, I return to my opening remark – faces are historical and cultural documents. A focus on our appearance choices and/or enhancement of our appearance – what we perceive as making us more attractive – date back to earliest humans. Not only were we humans enhancing our appearance for our gods and each other, we were gazing at our own reflection. Early examples of mirror technology date back to 620 BCE with the discovery of highly polished obsidian found in Turkey. In ancient Egypt, polished reflective metal discs were used by women and men to groom themselves and apply cosmetics as seen in art from the region. Vanity? Or a profoundly embedded human interest in appearance and beauty? Something deeply bound to our sense of self? The philosopher, Elaine Scarry writes about the rootedness of beauty to our humanness. She asks, if we could be persuaded to stop looking at beautiful people, could that be extended to other sites of beauty – gardens, poems?

Do we carry this desire though our lifetimes? In older age and old age? Do we continue to look/see and present ourselves to be seen? And what becomes of the expression of beauty, the language of beauty in old age? Is it the current cultural tropes of the wizened exotic [read foreign] old person photographed staring into the middle distance – the penultimate image of the “natural.”? Or the tastefully enhanced looks of Helen Mirren? Can old people be beautiful and what does that mean? 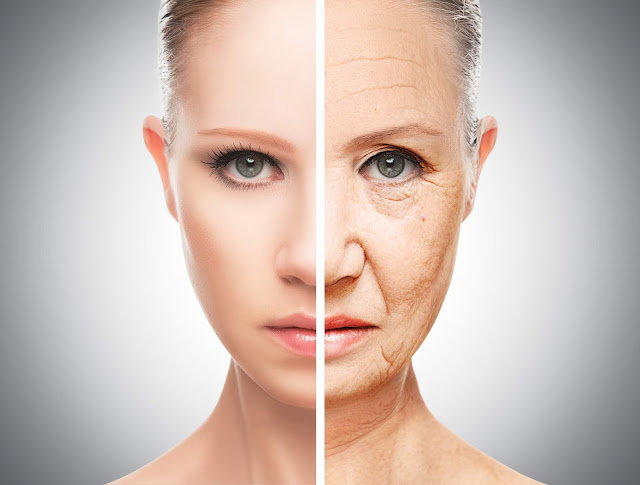 These questions are particularly relevant now as baby boomers have fully moved into old age. The experience of the cultural shifts of the sixties has had an abiding influence throughout the life of this generation, and it continues as they embody old age.  Baby boomers are also the recipients of the longevity revolution – making older people more visible through sheer numbers. This is coupled with a generation that values active and healthy lifestyles. As one research participant said, “Old people are no longer cosseted in the bosom of their families”; they are visible in almost every sphere of life from the mundane to the extraordinary. This visibility changes the range of the human landscape. Most especially, older people hold an awareness, a cognizance of each other. Older women look at each other, appraising but mostly appreciative. Men appraise each other with a competitive eye. Women and men see attractiveness, beauty in the opposite sex, regardless of sexual orientation. As the neuroscientist, Anjan Chaaterjee suggests, we are wired to seek pleasure in the sight of beauty.

With only a handful of exceptions, research participants answered that yes, old people can be beautiful……yes, it is facial features but participants were clear it was something beyond ‘good bones.’ Some of the words or phrases they used to define age and beauty were: luster, spark of life, radiance, glow, light and warmth, vitality, and presence were some of the ways people defined and discussed age and beauty…….It is a vividness.

This invitation, this provocation asks you readers to consider attention to appearance in the context of culture and history; to reconsider or set aside the moral underpinnings attached to a critique of appearance and the wish for attractiveness and beauty; to question that article of faith that older people, especially old women are invisible. Old people can be and are beautiful. I have so many rich quotes from participants, it was difficult to choose one to end; this from Maggie:

I’m not talking about the front page of Vogue. I mean there are some wonderful models, you know, in their eighties who are still in Vogue and that is about looking good and glamorous and selling clothes – that’s not really what I am talking about. The beauty of how you are with people, how generous a spirit you are coupled with, yes, a love – an engagement with the world.

Beauty is there: on radiant faces, eyes that shine, and an appearance that leads the viewer to gaze upon a luster, a vivid being.
Dr Naomi Woodspring was a Research Fellow, University of the West of England as part of the Bristol Ageing Better project and is currently a Visiting Fellow. She is also a Fellow at the Schumacher Institute. Since completing her PhD in 2014 she has published two books – Baby Boomers, Time and Ageing Bodies and Baby Boomers, Age and Beauty.