“But Mom, I Have to Wear a Skirt to Look Pretty!”: Reflections on the Contradictions of Being a Feminist Mother – MagazineNP
Skip to content
beauty ideals and norms body dissatisfaction children
admin
No Comments
FacebookTwitterPinterestLinkedIn
I had a down-to-earth feminist professor in college who was childless and when I asked her if she wanted children she replied, “not really, but it would be great to raise a girl the way girls should be raised.”
That line set a kind of ideal benchmark for me as a young woman who earnestly believed that my feminism and my motherhood would get along like peanut butter and jelly. Unlike my professor, I’d always wanted children – daughters, in fact – and years after I finished college, that’s exactly what I got.
At first, feminist mothering came naturally. I walked into children’s clothing stores and gasped self-righteously at the shamelessly polarized layout: on one side, frilly mini-skirts and sparkly t-shirts with suggestive slogans; on the other side, practical, comfortable clothing adorned with trucks and dinosaurs.  I glared pointedly at anyone who sought to draw logical conclusions about the colour of the walls in the baby’s room from my answer to the “Boy or Girl?” question.  I clucked my tongue at all the ways girls and their parents are told, from the 20-week ultrasound on, how to achieve femininity.  That’s not how I would raise my daughters, I thought.
Something changed.  One day, as I waded through the sea of paraplegic Barbies in my living room, picking up discarded pink accessories while my daughters, donning tiaras and Disney dresses, acted out a wedding-cum-coronation ceremony, I realized that this was for all intents and purposes precisely the girlhood I’d vowed to prevent.
The inevitability of ultra-girliness among the millennial XX cohort has been well documented and generated the need for pseudo-support-groups and survival humour. As Peggy Orenstein argued in her perfectly titled 2011 book Cinderella Ate My Daughter, the profitable machine of femininity enforcement is ubiquitous and ready to snatch your child as soon as you blink.  If you have a TV, or ever leave your house, your daughter will find out that women are stick-thin, White beauty queens who are dressed to the nines while they wait for a man to come along and complete them.
My older daughter got the princess bug young, and she got it bad.  I blamed two particular girls in her daycare, but in retrospect I see that was naïve. The writing was on the wall.
Every morning became an ideological battle waged over her sartorial choices.  At age 2 she rejected the sensible hand-me-downs from her older, male cousins and argued that party dresses were the appropriate attire for romping in the playground.  One morning, exasperated after a long campaign to dress her in some functional and weather-appropriate outfit, I asked her why it was so important to wear the skirt she was clutching.  “Because.”  Never one to give up on reasoning with a toddler, I asked, “Because why?”
I pushed until I got the answer I dreaded.  I needed her to articulate it for herself.  My not-yet-three-year-old, nearly in tears by this point, said: “Because I have to wear a skirt to look pretty!”
I realized my feminism was at loggerheads with my strong-willed little daughter and the culture she so desperately wanted to fit with, so I learned to let it go.  The next two years were a blur of dresses, wings, tutus, wands, and long flowing hair.  Soccer was off the table. Karate was a disaster. She longingly fingered my make-up as I got ready for work.  “Why do you need to wear make-up?” she asked.  “I don’t need to. No one needs to,” I replied, hearing the toothlessness of my explanation as it left my mouth.
My second daughter’s attraction to the princess-fairy-ballerina nexus was even stronger.  By the time she entered that stage, I was already resigned to it.  When she opened gifts from relatives, I hoped they would be as sparkly and garish as possible so that she might actually use them.  I didn’t even bother picking fights over how to dress for school.  Besides, we already had the clothes she wanted, left over from her older sister. 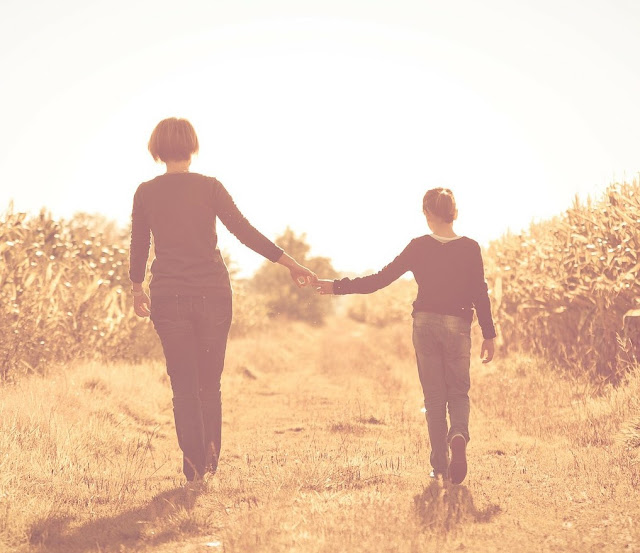 In my day job I am a philosopher of education.  Throughout Western history, philosophers from Plato to Rousseau have wrestled with a paradox at the heart of progressive education.  If education and childrearing by definition transmit the values of the older generation to the younger one, and if the status quo is deeply flawed, then how is progressive education – much less cultural revolution – even possible?  According to some philosophers, only radical interventions might free the next generation from our present foibles.  Rousseau imagined taking a newborn into the woods and raising him in isolation, far from the corrupting influences of society. Plato devised a visionary new education program for children in The Republic, and to ensure its success he proposed exiling everyone over the age of 10.

Can we raise our girls without exiling ourselves?
I am continually astonished at the power of feminine beauty standards in my children’s lives, even within the educated, liberal communities they move in.  One Frozen-themed 4th birthday party my child attended included not only a visit from a real-life Elsa impersonator, but also a full “makeover” that involved “Elsa” applying lipstick and blush to all the girls – and they were of course all girls – in attendance. (It was hard to object; we’d been watching Frozen more or less on repeat for the better part of a year). Another time, I drove her to the mystery address on a birthday invitation that turned out to be a children’s spa.  The kindergarteners put on robes and flip-flops, got mani-pedis, and lay around with cucumbers on their eyes to celebrate turning 5.  Most offensively, the walls were decorated with “positive” slogans like “Be Yourself!” and “Real beauty comes from within.”  I couldn’t make this shit up, but I’m sure whoever did is getting rich off it.
We can’t control all the messages our children receive and part of being a parent is providing guidance when they go out into the scary, sexist world.  But the hardest part of feminist mothering for me is controlling what I transmit of my own social pathology.  I am a product of this society too, and a fairly femme one at that. As noted, I wear make-up.  I wear heels.  Can we care about our own appearance without condemning our daughters to the self-destructive excesses of beauty culture?
Intuitively, we can’t, and early research reported in this blog is bearing this out.  Just as educational theorists have observed, we transmit our own dysfunction and corrupted values to the next generation in spite of our higher ideals.  Being a feminist may not be enough to break the cycle.
So I trade in double-standards and wishful thinking.  I wish for my kids to be confident and delighted in their bodies, even as I fret about my own.  I expect their beauty to be self-explanatory and timeless, impervious to misogynistic judgments, even as I struggle in middle age to keep up whatever youthful feminine capital I have left. I encourage them to develop healthy and joyful eating habits while trying to shelter them from my own painfully complicated relationship with food.
These attempts to throw wrenches into the evil cycle of policing women’s bodies only works to a point.  Example of an exchange between Clever Toddler (Her) and Feminist Mother Who Knows She’s on Shaky Ground (Me):
Her: “Can I try your make-up?”
Me: “No, you’re too young.”
Her: “But I want to look beautiful.”
Me: “You always look beautiful!!!”
Her: “But you’re beautiful and you wear make-up.”
Me: “Thank you, but make-up is for adults.
Her: “Then why doesn’t Daddy wear make-up?”
Me: “Some men do.”
Her: “No they don’t! Make-up is for womans.”
Me: “Not all women wear make-up.  You’re just seeing me put it on.”
Her: “So that you can be beautiful?”
Et cetera.
Mother, heal thyself.
Whatever my rationalization for the beauty rituals I indulge in, there are real dangers in letting our daughters be“girly-girls” who imitate normative women’s behaviours before their time. There is nothing critical or ironic about young girls’ reading of the feminine beauty paradigm.  To the extent that I perpetuate that paradigm, or am complicit in others’ perpetuation of it, I am not raising my girls the way I intended, and the way I think my wise professor had in mind.
My older daughter is now long out of her princess phase, my younger one also awakening from her slumber.  They are literate and inquisitive and can rattle off the names of heroines throughout the ages, like Rosa Parks and Malala Yousafzai.  But the feminist mothering nightmare isn’t over.  There is puberty to come, and Instagram (or whatever they’ll be using in a few years), and whatever punishing trend the fashion industry is cooking up next.  There will be more birthday parties, and then other kinds of parties, where their body image and sense of worth as women will be tested again and again. And then there is the fact that their feminist mother still flinches when she sees her thighs in the mirror.


Lauren Bialystok, PhD, is Assistant Professor in the Department of Social Justice Education at the Ontario Institute for Studies in Education in Toronto, Canada.